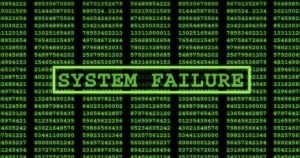 The state Infrastructure of Montenegro was hit by a massive and “unprecedented” cyber attack, authorities announced.

An unprecedented cyber attack hit the Government digital infrastructure in Montenegro, the government has timely adopted measures to mitigate its impact.

Montenegro immediately reported the attack to other members of the NATO alliance.

“Certain services were switched off temporarily for security reasons but the security of accounts belonging to citizens and companies and their data have not been jeopardised,” said Public Administration Minister Maras Dukaj.

According to the Minister, the attack began on Thursday night. The US embassy in Montenegro advised U.S. citizens to limit movement and travel in the country to the necessities and have travel documents up to date and easily accessible, fearing that the attack could impact government infrastructure for the identification of people residing in Montenegro and the transportation.

“A persistent and ongoing cyber-attack is in process in Montenegro,” reported the website of the U.S. Embassy in the capital Podgorica. “The attack may include disruptions to the public utility, transportation (including border crossings and airport), and telecommunication sectors.”

The state-owned power utility EPCG has switched its operation to manual handling to prevent any possible damage, explained Milutin Djukanovic, president of the EPCG Board of Directors.

China accuses the US of cyberattacks

FBI is helping Montenegro in investigating the ongoing cyberattack