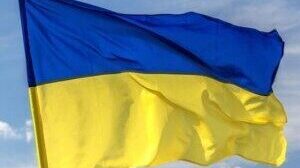 The Main Directorate of Intelligence of the Ministry of Defence of Ukraine (HUR MO) warns that Russia is planning to escalate cyberattacks targeting the critical infrastructure of Ukraine and western countries.

According to the Ukrainian military intelligence service, the attacks will aim at disrupting operations at critical infrastructure, including electric grids and facilities of the energy industry.

“The Kremlin is planning to carry out massive cyberattacks on the critical infrastructure facilities of Ukrainian enterprises and critical infrastructure institutions of Ukraine’s allies. Attacks will be aimed at energy sector enterprises. The experience of cyberattacks on Ukraine’s energy systems in 2015 and 2016 will be used when conducting operations,” reads a report published on Facebook.

The report also states that the cyber attacks will aim at interfering with the capabilities of the Ukrainian Army and supporting the military offensive of the Russian army.

The Kremlin also plans to conduct more powerful DDoS attacks on the critical infrastructure of Ukraine’s allies, such as Poland and the Baltic countries.

“With this, the enemy will try to increase the effect of missile strikes on electricity supply facilities, primarily in the eastern and southern regions of Ukraine. The occupying command is convinced that this will slow down the offensive actions of the Ukrainian Defense Forces.” reads the alert issued by HUR MO.

“The Kremlin also intends to increase the intensity of DDoS attacks on the critical infrastructure of Ukraine’s closest allies, primarily Poland and the Baltic states.”

China accuses the US of cyberattacks