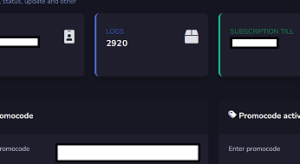 The recently discovered Erbium information-stealer is being distributed as fake cracks and cheats for popular video games.

Threat actors behind the new ‘Erbium’ information-stealing malware are distributing it as fake cracks and cheats for popular video games to steal victims’ credentials and cryptocurrency wallets.

The Erbium info-stealing malware was first spotted by researchers at threat intelligence firm Cluster25 on July 21, 2022. The Malware-as-a-Service (MaaS) was advertised on a Dark Web forum by a Russian-speaking threat actor.

The author said that he spent several months developing Erbium which supports unique functionalities. According to cybersecurity firm Cyfirma, the Erbium Stealer supports the following capabilities:

“Recently CYFIRMA’s research team detected a new sample of Erbium stealer in wild. We observed one of the recent gaming campaigns where the threat actors lure gamers/players who want to acquire an unfair or prohibited edge over other players with the malicious binary posted on MediaFire [free service for file hosting].” states CYFIRMA. “Threat actors are spreading this malware using drive-by-download techniques and pretending as cracked software/game hacks.”

Experts at Cyfirma recently analyzed a new sample Erbium stealer in the wild targeting gamers and players. Threat actors were offering to the gamers malicious binaries masquerading as software that can give them a prohibited edge over other players.

Initially, the malware was sold at a price ranging between 9 to 150 dollars depending on the subscription plan that goes from one week to one year of license. Starting from July, the authors significantly increased the price which ranges from 100 dollars up to a thousand dollars for a one-year subscription and access to a control panel.