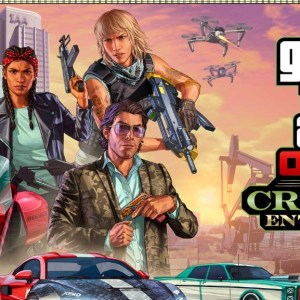 On September 18, 2022, threat actors that go on GTAForums as ‘teapotuberhacker’ shared on GTAForums a link to a RAR archive containing tens of gameplay videos. teapotuberhacker did not share details of the alleged hack. The videos were recorded by the development team while testing some features of the latest chapter of the popular game.

“More convincing is the footage showing a poolside conversation between a male player-character and a couple of redneck associates (Twitter(opens in new tab)). Dialogue like, “Oh yeah, he’s dead, is he? Just like there’s a country called Finland,” comes off as extremely Rockstar, and the voice-acting quality checks out.” reported PCGamer, which published the news of the leak.

The leaked videos are flooding social media platforms such as Twitter and Telegram despite copyright claims by Take 2 Interactive, the owner of Rockstar Games.

According to BleepingComputer, the threat actors claim to have stolen the source code, assets and testing build of GTA5 and GTA6. The attackers are threatening the Rockstar Games to prevent further data leak and at this time are offering for sale only GTA 5 data.

Bloomberg reporter Jason Schreier, who cited sources at Rockstar, confirmed the authenticity of the leak.

teapotuberhacker also claims to have hacked Uber, but has yet to share any proof of the attack.